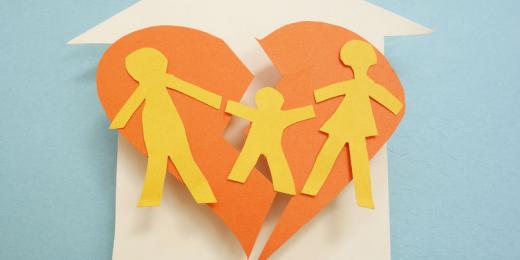 Many family law cases involving children, where, and with whom they should live are troubling, but even the most experienced and best family solicitors in London have been taken aback by the extreme set of facts around the child abduction case of Ford v Halil. The case has resulted in 2 children living thousands of miles away from both their parents and highlights the real importance of taking swift action under the Hague Convention, if applicable, in any case of child abduction. On a lesser note, it also highlights the importance of taking advice from good Family Solicitors, both in the UK, and in the jurisdiction where the children have been taken.

In family break up, it is often the case that one partner wishes to move away. It’s a scenario that our London Family Solicitors advise on frequently. If the children of the relationship live with that partner, the normal course of events would be that they move too. However, if the move would take the children out of the jurisdiction, or otherwise interfere with the access the other parent has to the children, the parent wishing to move should first seek the other parent’s permission. If permission is not forthcoming, he or she can apply to the court for the necessary permission. It is equally possible for the parent who would effectively be ‘left behind’ to apply to the court to prevent the other removing the children without permission.

If a child is removed without permission, then the Hague Convention is a mechanism familiar to most top London Family Solicitors, and which we have written about before, which is usually engaged. The Hague Convention does not deal with the issues of who should care for the children; it simply provides a mechanism for children to be returned to the country where they are ‘habitually resident’.

The facts in Ford v Halil

In this alarming case, a chain of events has led to 2 British children living in Alaska with their step father while their mother and father remain in England. In a nutshell, the parents split up in early 2012, with both children remaining with their mother. In 2014, the mother became pregnant by an Alaskan man with whom she had formed a relationship. The couple married and the mother applied to the court to take the children to Alaska with her. The court refused permission in May 2015, but in October 2015, the mother left for Alaska anyway, taking the children with her.

At this point, although it was open to the father to bring proceedings under the Hague Convention for the summary return of the children, he did not do so. The American lawyer he had initially asked for advice had told him that he would have to pay their charges to bring Hague Convention proceedings. In fact, he should not have had to do so – Mr Justice Holman, dealing with matters in the UK, highlighted that “…under the Hague Convention legal services are required to be provided free of charge to an applicant in the country in which the application requires to be made.”

Instead, the father brought proceedings in the high court and the children were made wards of court. The mother was ordered to return them to the UK but she did not comply, saying that she had not been served with the order. The father had reported the children as having been abducted by their mother to the police in the UK, and eventually an order was made for her extradition which happened earlier in 2018. In the meantime, the father had applied for, and was granted, an order that he should have interim care of the children if the mother was arrested. On her arrest in January 2018, solicitors for the mother applied to have that order suspended, to prevent the father travelling to Alaska and attempting to remove the children.

An ‘emotionally damaging’ set of facts

The matter went before Mr Justice Holman who indicated that it would be “hard to devise a more emotionally damaging set of facts” – something that many of the best Family Solicitors would agree with. In removing her children without permission, the mother had set off a chain of events that left the children in Alaska with their step father and half-brother, and without contact with the mother who was not permitted to be in touch with her children because of the nature of the offence she was charged with. In addition, it seems that the children had not had any contact with their father for 2.5 years, since they had moved to Alaska. Equally, though, the father’s lack of action under the Hague Convention, based on inaccurate information, meant that the matter had dragged on far longer than it should have done.

In the circumstances, Mr Justice Holman decided in the first instance that the children should remain living in Alaska – the orders made in 2016 were no longer appropriate.

In a second judgment handed down in July 2018, Mr Justice Holman concluded that the children were now habitually resident in Alaska. The father had made no application under the Hague Convention for the return of the children, despite knowing that he should not have to pay for the necessary legal advice. Any further welfare decisions regarding the children will have to be made in Alaska because the English courts would have no access to reports or Cafcass equivalent. This remains the case even though the mother has now admitted the charges and been sentenced to spend 3 years 6 months in the UK.

The advantages of a Hague Convention application

The case clearly demonstrates the dangers of taking the law into your own hands – it will undoubtedly have been deeply frustrating for the mother to have been prevented from moving away to start a new life with her new husband, but by acting without the permission of her former partner or the court the situation has arguably become much worse, both for her and for her children.

OTS Solicitors are London Family Solicitors with experience of handling all aspects of family and divorce law. We have access to a highly experienced Immigration law team too which makes us ideally placed to handle family law matters with an international element to them. To discuss how we can help you in confidence, please call us on 0203 959 9123.