Children proceedings and internal relocation of children in the UK 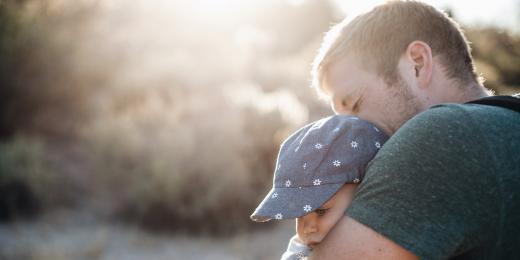 Experienced family law solicitors would say that it is unlikely that a parent was able to prevent the other parent from relocating within the UK with a child. Unless the circumstances were highly unusual.

Top London children solicitors have always found it hard to justify children law when it comes to child relocation.
That is because if a parent wants to take a child abroad to live then they need the written agreement of the other parent or a court order giving them permission to take the child abroad to live.
Contrast that scenario with a parent who wants to move within the UK. Until recently, the best London children solicitors’ advice would have been that it was highly unlikely that a court would stop the primary or main carer of a child from moving within the UK. The only reported court cases where a parent, usually the mother, had been stopped from relocating within the UK was when a child had a disability or there were other highly exceptional circumstances.

To speak to Behzad Sharmin or to a member of the London based OTS Solicitors’ children law team about the internal relocation of your child or custody, access and child arrangements orders please call us on 0203 959 9123 for an initial discussion about how we can help you.

Children law and the internal relocation of children

Many parents thought the difference in children law approach to the internal within UK relocation of children and the taking of children abroad to live was wrong. After all, it is often easier for the parent wanting to see their child to catch a cheap flight rather than to try to get on a congested motorway within the UK. Why then the difference in approach?
The best London children solicitors thought that the difference in approach probably stemmed from the days that foreign travel was rather special and difficult. It is also true to say that it is a very different ball game if a parent wants to take a child to France or Spain in contrast to a long-haul destination such as the USA or Australia.

The case of BB V CC

The case that is proving of such interest to top London children solicitors is that of a 3-year-old boy in a case called BB V CC.
The child’s mother appealed against a decision that granted the father shared care of the little boy and required the mother to relocate from the north to the south, where the father and his extended family live.
The facts of the case are that the parents had an arranged marriage. The mother came to the UK to live with her husband at the paternal family home in London. The baby was born and when the child was born, the parents separated, and the mother left with the child.
The father saw this as child abduction as he had not agreed to the child moving out of the area, as the mother had not discussed the plan with him. He therefore had no opportunity to apply to court for a custody or child arrangements order for the child prior to the mother’s departure.
The mother made some very serious allegations of domestic violence against the father and his parents. This resulted in the mother being rehoused with the child in the northeast, social housing providing the rented accommodation and the father requesting an order for custody of the child.
The court decided that the mother’s allegations against the father and his family were not established. When the judge analysed the reasons behind the mother’s allegations against the father, she thought that visa issues had played a part. Shortly after the parent’s separation, the mother had secured Indefinite Leave to Remain in the UK.

The court also thought it was in the child’s best interests to be brought up by his mother and father. Clearly shared parenting was not an option if the father remained in London and the mother in the northeast. The court ordered temporary contact but said the mother should relocate to the southeast, closer to where the father and the paternal grandparents live.
The court made it plain that if the mother did not move back with the child, to a home closer to the father, the court would think about awarding the father custody or in other words making him the main carer for the child.

The mother appealed against the judge’s decision. She contended that the move to the northeast had arisen from her rehousing, and was not a move engineered by her, and that there were no exceptional circumstances that would justify her being required to relocate within the UK.
At the appeal hearing, the judge concluded that the care of the little boy should be shared. Clearly, it was not possible for both parents to regularly share the care of their son and live hundreds of miles apart. The judge thought that the first judge’s decision could not be said to be plainly wrong and therefore refused the mother’s appeal.

The court and the child and family court advisor’s report

From the point of view of the best London children solicitors the other interesting fact about this case is that, the court appointed an independent family court officer (CAFCASS) to investigate and report to the court. The report said that the child should remain in the northeast with his mother, as a further move would be disruptive as the child was settled.
In the vast majority of children cases, a judge will follow the recommendations of the court appointed child and family court adviser. Judges have to explain if they do not follow the CAFCASS officer’s opinion. In this case, the judge did not think that the CAFCASS officer had taken on board the judge’s comments about the mother. This was in light of her findings about the domestic violence and emotional harm to the child.

In her ruling, the judge made it clear that she was concerned that parental alienation might occur if the mother in the northeast brought up the child with only infrequent contact with his father and paternal family.
The judge went as far as to say that the child could suffer emotional harm if he was brought up in the sole care or custody of his mother.
The potential conflict between what parents want to achieve in Immigration status and children applications
As specialist London children and Immigration solicitors, OTS Solicitors can see the dilemma on the part of the mother. The need to secure Indefinite Leave to Remain may have made the mother emphasise the domestic violence allegations to secure her Immigration status. The judge’s findings on domestic violence in the children law case may have made the court think it was likely that parental alienation might occur. However, if the mother had not secured Indefinite Leave to Remain she might have then been granted permission to take the child to Pakistan.

The judge reviewed the previous children case law and concluded that a children case did not have to be exceptional to make an internal relocation order. Instead, the judge said that the court had to assess what was in the child’s best interests, with the child’s welfare being the court’s paramount concern.

The future for internal relocation of children

The decision is likely to open the floodgates of parents wanting to try to use the court process to prevent a parent and child from internally relocating within the UK.
The best London children solicitors anticipate that it will be argued that this case should be looked at on its very particular facts. In particular, the judge’s dismissal of the domestic violence allegations and her concerns about the mother creating parental alienation if she alone brought up the child, geographically distant from the father and his extended family.

To speak to Behzad Sharmin or to a member of the London based OTS solicitors children and family law team about internal relocation of children in the UK, children law applications and child arrangements orders, please call us on 0203 959 9123 for an initial discussion about how we can help you.