Men Are Victims Of Domestic Violence Too 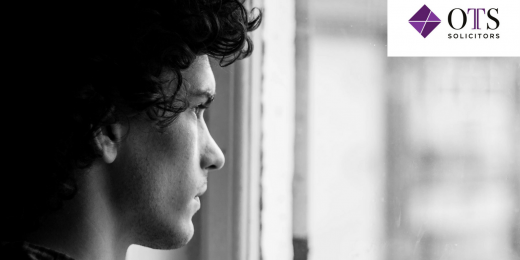 Last week it was reported that former Dynasty and Melrose Place star, Heather Locklear, had been arrested in California for allegedly assaulting her boyfriend and three police officers.

Unfortunately, these figures are likely to be misleading because, due to the stigma attached to male domestic violence, many cases go unreported. Male victims (39%) are over three times more likely than women (12%) not to tell anyone about the partner abuse they are suffering from.

Another fact that becomes known when examining the statistics is that those in same-sex relationships are particularly vulnerable. The percentage of gay or bisexual men (6.2%) who suffered partner abuse in 2008/09 is nearly double the number for heterosexual men (3.3%). lesbian women (12.4%) as a percentage also suffered far more partner abuse compared to heterosexual women (4.3%).

What are the different types of domestic abuse?

“Any incident or pattern of incidents of controlling, coercive or threatening behaviour, violence or abuse between those aged 16 or over who are or have been intimate partners or family members regardless of gender or sexuality”.

Domestic abuse can include:

Controlling and coercive behaviour, such as constant criticism and ostracising a person from their friends or family also counts as domestic abuse.

Examples of physical abuse include:

Examples of financial abuse include:

If you are the victim of domestic violence, it is crucial you contact a family lawyer to seek the best legal advice regarding your situation. Not only can they assist you with obtaining court orders to provide protection, but they can also put you in touch with support groups who can organise a safe house for you and your children, and counselling, so you can start to re-build your life and regain your self-esteem.

There are two main court orders available to victims of domestic violence:

Under the family law Act 1996, a non-molestation order is an order prohibiting a person (the respondent) from molesting another person who is associated with the respondent or a relevant child.

When deciding whether to grant a non-molestation order, the court will look for evidence that:

An occupation order is an order under the family law Act 1996 conferring, declaring, restricting or regulating rights of occupation in the family home between family members or those involved in a domestic relationship. For example, an occupation order can require a person to leave the property or live in a particular part of it.

You can apply for an occupation order even if you have no legal rights to the property (i.e. your name is not on the title or lease). In addition, physical violence is not a requirement for the court to grant an occupation order.

The court must apply a series of tests before granting an occupation order. The first test is the ‘balance of harm’ test. The court has a duty to balance the harm caused to the applicant, the respondent and any relevant children if the order was or wasn’t made. Under section 33(7) of the family law Act 1996, the court must grant an occupation order if “…It appears to the court that the applicant or any relevant child is likely to suffer significant harm attributable to conduct of the respondent if an order…is not made”. However, there are exceptions to the balance of harm test. Therefore, it is imperative to seek the best advice of a family law solicitor in London if you wish to apply for an occupation order.

If the balance of harm test fails, the court still has the discretion to grant the order under section 33(6). However, it must consider the following criteria:

Domestic violence does not discriminate between sex, race, income and class. Male victims, it could be argued, are even more vulnerable due to the stigma attached. People often ask, “why did he not fight back?” not thinking that the self-esteem of the man in question is likely to be crippled due to the abuse. In addition, most men have been conditioned to “never strike a woman”.

Male victims of domestic abuse require the same amount of support as female suffers. The only shame should be that of the perpetrator.

OTS Solicitors is one of the most respected Immigration and family law firms in London. By making an appointment with one of our Immigration and/or Family Solicitors, you can be assured of receiving some of the best legal advice available in the UK today. We can assist you in all divorce and domestic violence matters.