Setting aside orders under the Hague Convention 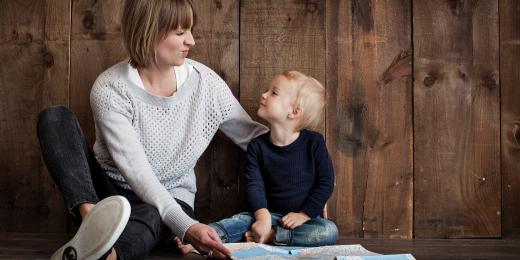 The Hague Convention deals with the return of children removed from their home country without permission – and as good Family Solicitors will be only too aware, Hague Convention cases are often complex. The best Family Solicitors will be sensitive to the fact that the subject of child abduction is emotive in itself. The fact that these cases involve the ‘abduction’ by a parent who, for one reason or another wishes to move away from the place that is recognised as the home country of the child (where they were ‘habitually resident’) makes them even more difficult to handle, even for the best London family lawyers. Given the complexity and sensitivity of such cases, can the courts set aside an order, for example that a child should be returned ‘home’, made under the Hague Convention?

As mentioned, the Hague Convention on the Civil Aspects of Child Abduction deals with child abduction. More specifically, it addresses the arrangements for the return of a child or children removed from their home country, usually by a parent who wishes to relocate. Signatories of the Hague Convention agree to deal promptly with cases of international child abduction, ensuring the return of the child to the country where he or she was a ‘habitual resident’. The Hague Convention does not provide a forum or mechanism for resolving custody disputes and does not allow for consideration of those disputes. The purpose of the Convention is to ensure that a child is returned to the country where he or she is habitually resident so that the courts there can make the appropriate arrangements in terms of the arrangements that should apply to the care of the child.

Given the circumstances of Hague Convention cases, London Family Solicitors tend to agree that not only is it imperative that decisions are made quickly, but also that there should be certainty. So what happens if there is a fundamental change of circumstances? Surprisingly, the question has not been considered before now – although the issue has been referred to in Court of Appeal decisions, it has never been directly addressed. And while any top family lawyer in London will appreciate that the judge in Re W (a child) equally did not address the matter because of circumstances, he did make some pertinent observations.

The impact of a ‘fundamental change of circumstances’

In Re W (a child), the child in question lived with his British mother in Spain. His father was Spanish. His parents had met in Spain and were in a relationship until 2014. The Spanish courts had approved an agreement that the child would live with his mother in Spain and have regular contact with the father. The mother and the child travelled to England in October 2016 – no-one appears to have disputed that this was an unlawful removal, but the father did not make a Hague Convention application until July the following year.

Although the mother opposed the application on the grounds that a return to Spain would have a damaging effect on her mental health, the court rejected this and ordered that the child be returned to Spain and to continue living with his mother there. She was ordered to give effect to this by 28th December 2017, but she applied to have the order set aside. Her mental health had declined significantly, and in view of this ‘sea change’, the court set aside the order. The father, perhaps unsurprisingly, appealed to the Court of Appeal on the basis that the high court did not have jurisdiction to set aside an order under the Hague Convention in this way. The Court of Appeal did not address the question directly. Whichever way it determined the matter, in the circumstances, the application under the Hague Convention would have to be re-heard so it was academic what the outcome was.

In the interests of expediency, the Court of Appeal dismissed the appeal and referred the mater back to the high court as a matter of urgency, but not without Lord Justice Moylan offering a preliminary view on the matter. He felt that in cases where there had been a fundamental change in circumstances, so much so that it undermined the original order, then the original order could be set aside. However, it was likely to be a rare event and any application to set aside a Hague Convention order would need to be filed expeditiously.