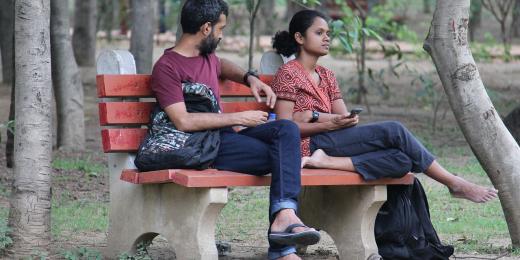 The Supreme Court is having a busy time in the family law sphere. All the top family lawyers in London will be keen to see the outcome of the latest case, Mills v Mills, which looks at the question of whether maintenance should be for life.

The controversy surrounding maintenance ‘for life’

Only a couple of weeks since the hearing in the Tini Owens case which has the potential to transform the landscape as far as the interpretation of ‘unreasonable behaviour’, family law is back in the Supreme Court’s spotlight, this time as it considers whether divorce maintenance should be time limited.

In addition to the concept of ‘maintenance for life’, there is no time limit imposed on one or other ex-spouse preventing them from bringing a further financial claim following the divorce and original divorce settlement. Back in 2016, the case of Kathleen Wyatt confirmed that it was possible to bring a claim for a financial settlement many years after a divorce. Although the facts of the case were extreme, Ms Wyatt was allowed to pursue a claim for maintenance 23 years after she and her former husband had parted company.

Despite the position that ‘maintenance is for life’, and there is no time limit in English law for bringing a maintenance claim, the courts have shown an increasing reluctance to give carte blanche to the party receiving maintenance to be funded on an unlimited basis. There is an increasing acceptance that individuals should take steps to obtain Employment and generate their own income rather than relying on maintenance – the Court of Appeal has recently ruled that a woman granted £10 million plus £175,000 a year for life, should have her maintenance stopped in 2021; this follows a case in 2015 in which the former wife of a wealthy racehorse surgeon should not be supported for life by her ex-husband.

The Mills v Mills case has, unsurprisingly, attracted a fair amount of attention from London Family Solicitors and the media alike. The couple originally divorced in 2002. In 2017, the Court of Appeal agreed with Mrs Mills that Mr Mills should increase his maintenance payments to her by £340 per month – about a third more than her original monthly maintenance of £1,100. Mr Mills, who remarried following the divorce, has argued that he wishes to ‘move on with his life’. Mrs Mills received a significant sum of money in the initial divorce settlement but due to a series of ‘unwise’ property investments, found herself in the position of living in rented accommodation with a mortgage and no capital.

Legislation may be the answer

Alongside judicial consideration of the question of limited maintenance, it’s worth noting that Baroness Deech, a crossbencher in the House of Lords, has also been campaigning for a limit on maintenance. In 2014, she introduced the divorce (Financial Provisions) Bill to provide guidelines on maintenance and the division of assets and continues to argue for an overhaul of the maintenance system. The matter was also debated at the Resolution National Conference in April 2018, with Baroness Deech again arguing in favour of a change to maintenance. However, this will need to be balanced with continued inequality in the workplace generally, and pay specifically, which makes it almost impossible in practical terms for a partner who has taken time out to raise children to recover a career in the same way as a partner who did not take time out.

The future of maintenance

The point of law that the Supreme Court will now be considering, following the hearing earlier in June, is in fact quite narrow. Mrs Mills’ housing costs had been factored into the original divorce settlement. The Supreme Court has been asked to consider whether it was therefore wrong to take these into account when considering the increase of her monthly payments under the joint spousal maintenance provision contained in the 2002 order. Despite the narrow question for determination, the case has the potential to impact on the future of maintenance payments, and will no doubt add to the case for reform, whichever way the decision goes. It’s a case that divorce and financial settlement solicitors in London will watch closely – the decision is likely to be widely reported and we will update when we are able.

As divorce solicitors in London, we can advise on every aspect of divorce and family law, including high net worth divorces, and in cases where divorce and Immigration are issues – call us on 0203 959 9123 to book an appointment with one of our London divorce lawyers today.