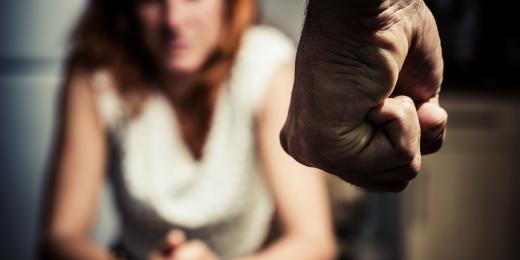 In the UK, everyone has the right to marry who they choose (or to choose if they get married at all), yet as family and divorce lawyers are only too aware, a significant number of people, mostly women, but some men, undergo forced marriage. Statistics that the best London family lawyers will be aware of suggest that the problem is not confined to a small minority of cases. The police received over 3,500 reports of forced marriage between 2014 and 2016, while one national helpline run by an NGO received over 22,000 calls. The issue of forced marriage also, and even more worryingly, often affects children – in 2016-2017, Childline held 205 counselling sessions for children concerned about forced marriage (an increase from 183 the previous year) and Childline’s web page on forced marriage received over 6,000 hits on the same year. Forced marriage is an issue that all London Family Solicitors should be aware of – along with an understanding of how this sits alongside domestic abuse and in many cases, Immigration issues.

Forced marriage in the UK

Forced marriage is a practice which is prevalent in the UK, despite it being a criminal offence under the Anti-social Behaviour, Crime and Policing Act. The statistics described above indicate that many young people in the UK are concerned about being forced into a marriage without being taken overseas.
Forced marriage also crosses over with the recent Modern Slavery legislation, and with provisions against trafficking – many young women find themselves trafficked into the UK for the purposes of being forced into marriage and a state of modern slavery. Unfortunately, the current approach suggests to many good Family Solicitors that this read across between different legislation has not yet been translated into policy.

For some, the forced marriage takes place overseas. The individual is persuaded to travel abroad, for example to attend a family event, and then finds themselves faced with a forced marriage. Earlier in 2018, a woman was jailed for 4.5 years for tricking her daughter, who was 17 at the time, into travelling to Pakistan to marry a 34 year old man. The daughter had previously become pregnant by the same man on a visit to Pakistan when she was just 13. The pregnancy was terminated and the girl put into care when she returned from Pakistan on that occasion. However, when the girl was 17, the mother bribed her to travel to Pakistan with the promise of a mobile phone, and once there, threatened to tear up her passport if she did not go through with the marriage.

Forced marriage is a form of domestic abuse. Alongside the criminal offences that have been committed by the perpetrators of the forced marriage, some victims of forced marriage find themselves in the UK in breach of Immigration rules. Although someone may come to the UK on a valid visa in advance of the forced marriage, the spouse may allow the Immigration status to lapse and then use the fact that the victim of forced marriage is in the UK without the appropriate Immigration status to keep him or her under control. The threat of being deported or dealt with unsympathetically by the UK Immigration authorities is used to keep the victim from trying to escape their situation.
In fact, the UK’s Immigration rules offer victims of domestic abuse the opportunity to apply to remain in the UK if they originally came to the UK on the basis that they were a spouse, civil partner, unmarried or same sex partner of a British citizen or someone present and settled in the UK. Someone who has been trafficked illegally into the UK for the purposes of forced marriage may obtain leave to remain as a victim of trafficking. Earlier in 2018, the Court of Appeal found that Home Office guidance on the circumstances in which a victim of trafficking should be allowed to settle in the UK did not comply with the Council of Europe’s convention on action for trafficking in that imposed a stricter test than that contained in the convention. However, in another decision in 2018, the Court of Appeal has also held that a negative trafficking decision by the Competent Authority is not appealable.

Whether you are a British citizen concerned about a forced marriage, or you have come to the UK and find yourself in a forced marriage, and suffering domestic abuse as a result, a London family lawyer can help get the advice and support you need quickly and effectively. OTS Solicitors offer a professional and sympathetic service to anyone in this situation, and can work closely with our Legal 500 recommended immigration team to resolve any immigration issues that arise alongside those of the forced marriage. To discuss your situation (or the situation of someone you know) in confidence, please call us on 0203 959 9123.