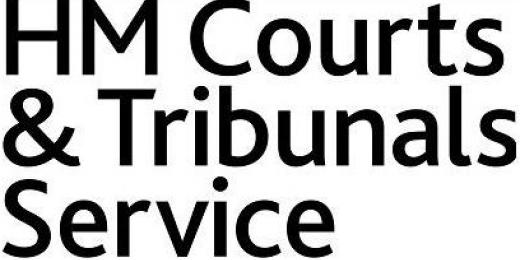 Recent changes to the Immigration Act 2014 reflect the Home Office’s intention to streamline the review process for applications for leave to remain. Following the Immigration Act 2014 there have been various transitional enactments to bring this legislation into effect. The most recent changes are included in the Statement of Changes HC1025 and the Immigration Act 2014 (Commencement No. 4, Transitional and Saving Provisions and Amendment) Order 2015. The essential effects of these changes are the removal of full appeal rights for applicants under the Points Based System, extension of administrative review and the retention of existing Human Rights and refugee grounds. Arguments have been raised as to whether these changes will have the desired impact.

The effect of the Immigration Act 2014 was the substitution of s 82 of the Nationality, Immigration and Asylum Act 2002. Commencement No. 4 is the most recent Commencement to effect this substitution. Applicants for Tiers 1, 2, 5 and 4 (Points Based System) have had full appeal rights removed, as have all ‘legitimate’ migrants (those within the Immigration Rules). Applications which were made before 2nd March 2015 for Tiers 1, 2 and 5 visas (which were decided after 6th April 2015) and applications which were made before 6th April 2015 and decided to that date, and where the applicant now has no leave to remain, are exempt. Appeal rights have increased for those whose visas have expired and appeal rights for refugees and Human Rights cases have been maintained.

Administrative reviews (reviews of eligible decisions to decide whether the decision was wrong due to a case working error) have been extended. These are historically used when the Home Office has made a simple mistake or oversight, as opposed to a serious misapplication or misinterpretation of policy, which is better determined by an independent tribunal. The review is carried out by a Home Office employee, and the scope of the review is narrow. To account for the removal of full appeal rights, administrative review will now be possible if leave to enter or remain are cancelled because of a change in circumstances since leave was granted, or because false information was given, or if important facts were not disclosed. Appendix AR of the Immigration Rules has been amended to reflect this.

If a decision is made overseas regarding an application, it is subject to administrative review. The recent changes will mean the administrative review process for Immigration Rules applies to all applications for entry clearance, with the exclusion of short term students; visitors, partners or children of members of the Armed Forces; certain Appendix Armed Forces decisions; Part 11 Asylum decisions; family members under Part 8 or Appendix FM. Applicants who fall into the categories above may appeal on the human right or refugee grounds under s 82 of the Nationality, Immigration and Asylum Act 2002.

Impact on Applications for leave to remain

It has been argued that removing appeal rights and instead carrying out administrative reviews will not address the real issues with these applications. The Immigration Rules are notoriously difficult to interpret, even for the judiciary, as Lord Justice Underhill has recently noted. If the judiciary struggles to interpret the rules, it follows that the decision-making process for applications will be called into question. As the administrative review is not carried out independently and is not suited to complex determinations of interpreting the Immigration Rules, it may not be an adequate tool to determine if certain applications have been considered properly.

When an application is declined, and there are concerns as to the decision-making process that has taken place, an administrative review will be the next step. If this proves unsatisfactory, judicial review or an appeal on the Human Rights ground are the two main options. judicial review is known to be costly, and interim leave to remain won’t be automatically granted for proceedings to take place. This makes a Human Rights claim a viable option. Due to the European Convention on Human Rights and the Human Rights Act 1998, it is unlawful for a public authority to act in a way that is inconsistent with a Convention right. If an applicant has to leave behind a well-established and prosperous life in the UK and has been subject to unfair public authority decisions in the course of his or her application, a strong Human Rights claim may well arise. Article 8 may be an important consideration, as it protects private and family life, subject to the proviso that a public authority may interfere with this right if to do so is “in accordance with the law”.

The impact of the changes to how decisions are reviewed and judicial interpretations of Human Rights claims resulting from these changes will be watched with interest.

To find out more about Immigration or our legal services, please contact us on 0207 936 9962 or fill in our contact form and we will be in touch with you as soon as possible.

If you have any thoughts on this article, please feel free to comment below.