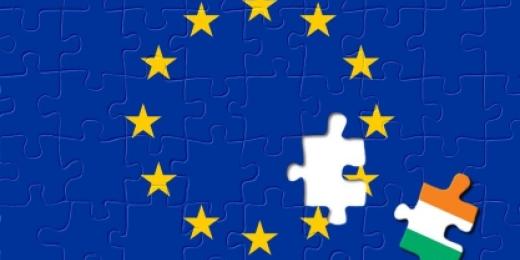 Has Teresa May Been Whispering In Frances Fitzgerald’s Ear?

It is no secret that Home Secretary Teresa May is focused on reducing UK Immigration numbers, and that one of her main strategies seems to be preventing non-EEA children and spouses of UK citizens from gaining entry into the country. Ms May seems to have no issue with creating a generation of ‘Skype’ families – but has her determination led her to collude with her Irish counter-part, Minister for Justice and Equality, Francis Fitzgerald?

In a test case, brought via judicial review, questions are being asked regarding why the processing of approximately 7000 EU treaty rights visa applications are being delayed in Ireland.

The foundation case concerned an applicant from Pakistan who had applied for an Irish Join or Accompany EU Family Member C Visa in June 2015. They planned to join their British national spouse who wished to exercise EU treaty rights in Ireland then enter the UK via what is known as the Surinder Singh route.

Currently, the visa remains unprocessed. Irish visa issuing guidelines state applications of this nature should be processed within four weeks following receipt of the application.

The Surinder Singh route – A recap

Under current UK immigration law, British citizens who wish to bring their non-EEA spouse to the UK to live with them must meet the £18,600-a-year base earnings requirement. The Surinder Singh route provides an alternative. Under EU freedom of movement law, a British citizen can move to another EU member state, (eg Ireland), have their spouse join them, and as long as the British citizen can show they have been exercising their treaty rights by working for three or more months, then they can move to the UK together, without meeting the earning requirement.

In simple terms, EEA citizens have stronger migration rights than UK citizens, since they can bring in family members from outside Europe in this way.

If you have never heard of the Surinder Singh route, do not be surprised – it is not widely publicised.

A draft deal from the European Commission, tabled in February 2016 with the aim of keeping Britain in the EU, includes a paragraph that seems designed to close the Surinder Singh loophole, agreeing “to exclude, from the scope of free movement rights, third-country nationals who had no prior lawful residence in a member state before marrying a union citizen or who marry a union citizen only after the union citizen has established residence in the host member state”.

The proposed agreement also states that countries should be able to use the “abuse of free movement rights” as a reason to deny a visa, if the couple “had the purpose of evading the application of national Immigration rules”.

The closure of the Surinder Singh route will make it near on impossible for low income UK citizens to marry a non-EEA spouse and bring them to the UK to live.

Back to Ireland. On 10 August, 2015, Operation Vantage was established by the Garda[1] National Immigration Bureau (GNIB) to investigate illegal Immigration, with a particular focus on marriages of convenience as defined under the (Irish) Civil Registration Act 2014. In Ireland, there has been increasing concern about the growth in so called 'sham marriages' as evidenced by statistically improbable patterns of marriages. These include a large number of new notifications by males from the Indian sub-continent (e.g. Pakistan, India, Bangladesh) of intention to marry females from EU countries such as Portugal and Eastern European countries.

In November 2015, Ms Fitzgerald following a Garda Operation which saw over 200 Gardaí deployed in raids on 42 locations, said,

“Operation Vantage, assisted by officials of the Immigration service of my Department, sends an unequivocal message to those who would abuse our Immigration laws that their actions will not be tolerated. All necessary enforcement measures will be taken against such persons. They can expect to face the full force of our criminal and Immigration laws.”

“This operation is not a once off intervention. It forms part of an overall response being led by my Department including preventing marriages of convenience from taking place and taking a fresh look at past cases with a view to revoking Immigration permissions that may have been obtained under false pretences.”

The Minister also reiterated the importance of recent legislation to give marriage Registrars extensive new powers to prevent the abuse of the institution of marriage and the exploitation of women for Immigration purposes.

Minister Fitzgerald said, "In Ireland in recent years there has been increasing concerns about the growth of sham marriages, as evidenced by statistically improbable patterns of marriage. Recent legislation will make 'marriages of convenience' an impediment to marriage and will allow a Registrar the right to investigate and to form an opinion, based on the information presented by the two parties, of the veracity of the application to marry. Today's operation focuses on those who are facilitating this activity and making large sums of money from it by producing false documentation and false Employment histories".

I am also increasingly concerned that in some instances women may be trafficked to Ireland with a view to being forced into sham marriages. Any such cases are thoroughly investigated by the Garda authorities as a criminal matter and the introduction of this legislation is an essential addition in deterring such activities."

Whilst no one can criticise the Irish Government for cracking down on sham marriages and working to prevent young women being trafficked and abused, is the ongoing Operation Advantage providing an excuse for the Irish authorities to unreasonably delay applications for Member C visas? And does this have anything to do with assisting the British Government in limiting entry to the UK via the Surinder Singh route? Of all the EU countries, Ireland is the easiest one for UK citizens to move to in order to exercise their treaty rights. The UK and the Republic of Ireland share a common language and many British companies have offices in Dublin, making Employment opportunities easier to come by.

Only the findings of the judicial review will establish the true cause of the delays. In the meantime, with the EU Referendum due in just over four weeks, it is doubtful that the Home Secretary will be cosying up to any other EU counter-parts in order to fulfil her agenda in the near future.