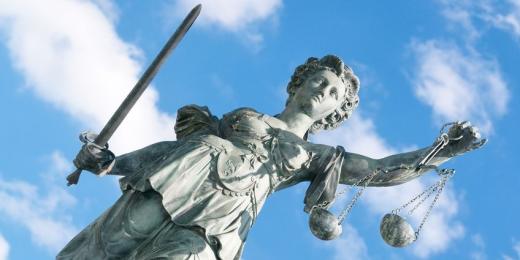 Since April 2015, an increasing number of applicants have been denied a right of appeal from Points-Based Immigration decisions to Adult Dependant, Spouse Visas, ILR applicants, and various visitor visas applicants. Unless an application raises a Human Rights or Refugee Convention ground, applicants have been consistently refused a right of appeal. The only avenue available for Immigration clients in these circumstances, is to have a decision reviewed and successfully challenged by administrative review and importantly by applying for judicial review of the decision of the Home Office.

The process of judicial review is complex and costly, making it a route that should not be travelled down lightly. And certainly not without legal advice from an Immigration law expert.

Defining judicial review in simple terms
judicial review is the process whereby the judges of the Administrative Court, and the Upper Tribunal (Immigration and Asylum Chamber) (UT), exercise jurisdiction over the lawfulness of acts or omissions of public bodies and a supervisory jurisdiction over inferior courts and tribunals. In Council of Civil Service Unions v Minister for the Civil Service, Lord Diplock observed that: ‘judicial review… provides the means by which judicial control of administrative action is exercised.’

The key to understanding judicial review is to remember that the Court is not interested in whether a decision made by a public body is correct, but whether the public body acted lawfully when coming to their decision.

Acts or omissions will be unlawful and open to review by the Administrative Court or the UT if they fall under one of the available grounds of JR:

The grounds for judicial review keep expanding. For example, there is a developing body of authority to support the proposition that proportionality can be used as a ground of review in challenges to purely domestic law decisions, and not just those involving an EU or Human Rights element.

The grounds for judicial review often overlap one another, for example, Immigration decisions are often challenged on the grounds of proportionality and illegality.

Time limits
The time limits for bringing a judicial review are strict. For example, if your application for Indefinite Leave to Remain has been refused without a right of appeal, you can challenge the decision via judicial review but you must make the application within three months of receiving the letter of refusal.

The Requirement to exhaust all other legal avenues
The claimant is expected to have exhausted all other remedies before commencing a judicial review claim. This includes alternative remedies such as statutory appeals and internal review procedures.

Under the Civil Procedure Rules, a Pre-Action Protocol Notice must be sent to the Home Office notifying them of the intention to seek judicial review. The Home Office will then have 14 days to review and change their decision in light of the information/documentary evidence given through Pre Action Protocol letter. The Home Office may decide upon review to maintain their previous stance or grant the application.

If the Home Office does not reply within 14 days, you can submit your application for judicial review.

The remedies that the Administrative Court or UT can grant include:

A quashing order is the most common remedy granted. However, this does not guarantee a positive outcome. The Home Office might then make a fresh decision and this might also be negative, albeit on a different (or better argued) basis.

However, recent reforms have curtailed the extent to which an oral hearing may be granted.
To prevent frivolous applications, section 84 of the Criminal Justice and courts Act 2015 directs the high court to consider whether the outcome for the applicant would have been different if the conduct complained of had not occurred when deciding whether or not to grant permission for judicial review. If the court considers it ‘highly likely’ that the outcome would not have been substantially different then it ‘must refuse to grant leave’. There is an exception if a case is certified as being of ‘exceptional public interest’.

In another move to decrease the number of judicial review applications, judges now have the power to certify an application for permission as ‘totally without merit’. If an application is declared as such, an applicant is not entitled to an oral renewal hearing.

If the court is to rule that an application is ‘totally without merit’ then full reasons must be provided and a certificate stating the fact must be issued.

The right legal advice
Before embarking on a judicial review, sit down with an experienced Immigration lawyer and evaluate whether or not this route is worth the expense. There may be more suitable avenues to take to reach the outcome you desire. However, if judicial review is the best cause of action, a well thought out strategy and application could lend itself to positive results.

OTS Solicitors, based in the heart of London, specialises in Immigration law. Our expert team is regarded as one of the best in the UK. If you need legal advice on making an application for judicial review, please phone our office on 0203 959 9123 to make an appointment.