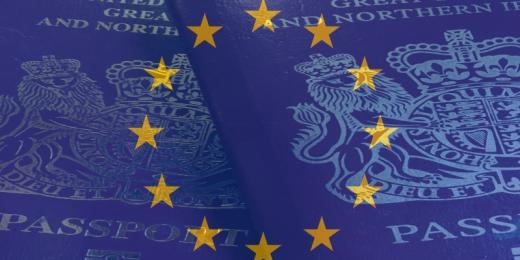 New regulations The British nationality (General) (Amendment No.3) Regulations 2015 which come into force on the 12th November 2015 make amendments to applying for naturalisation after permanent residence in the UK to the effect that:

The law surrounding the Right of permanent residence today

The right of permanent residence was introduced by Directive 2004/38/EEC (the Citizens' Directive), which was brought into UK law by the Immigration (European Economic Area) Regulations 2006.

Put simply, under most circumstances, EEA citizens are required to do nothing to obtain permanent residence other than exercise their treaty rights.

This will change in a little under three weeks time.

At present, applications to confirm permanent residence should be submitted on form EEA(PR) for EEA nationals and for third country national family members. Applicants are required to show evidence to confirm that they have exercised treaty rights continuously for the five year period being relied on.

Family members will have to provide evidence that their EEA national family member was a qualified person for at least the balance of the five years after the end of the initial three months right of residence and that they lived in the UK for the five-year period.

EEA nationals who have applied for a document certifying permanent residence have a full in-country right of appeal on the refusal of an application, providing they can produce a valid national identity card or passport issued by their EEA state of nationality. Family members also have full in-country rights of appeal as long as they can show a passport and:

2. proof that they are the family member or relative of an EEA national. For persons in a de-facto relationship with an EEA national, sufficient evidence should be provided to satisfy the Secretary of State that there is a relationship

3. for persons with a derivative right of residence, proof that they meet the requirements of Regulation 15A of The Immigration (European Economic Area) Regulations 2006

A note on the revocation of Permanent Resident status

permanent residence acquired after the Immigration (European Economic Area) Regulations 2006 came into force will 'only be lost by absence from the UK of more than two consecutive years'. However, residence documentation confirming permanent residence can be withdrawn if the revocation is justified on grounds of public policy, public security or public health, and, following amendments which came into force from 1 January 2014, abuse of rights. An example of abuse of rights might be where an EEA national has been party to a marriage of convenience.

What will change under the amendments to the British nationality (General) Regulations?

Up until now there was no need for an EEA national to apply for a Resident Permit or Permenant Residence as it only confirmed their existing rights to live and work under EU free movement principles. Resident Permits are considered important for non- EEA nationals who are deriving their rights to reside in the UK from an EEA citizen.

What effect will this change have?

It is important to remember that, in general, registration certificates, residence cards and permanent residence cards are declaratory of rights that already exist, they do not grant them. The only exception to this principle is residence card applications for durable partners and other family members of EEA nationals, whose residence is at the discretion of host Member States.

Therefore, it would appear at first glance that this new requirement for insisting that EEA nationals who apply for naturalisation MUST produce a permanent residence card or must produce a Residence Permit which simply another roadblock tactic introduced by a Conservative Government determined to reduce migration. Perhaps the thinking is that if the ability to become a permanent resident is made difficult enough, EEA foreign nationals will simply give up and go home. Another tactical reason could be that if an application is refused by the Home Office because a permanent residence card has not been applied for prior to the application, then more economically vulnerable and less assertive individuals will come to the conclusion that they are unable to obtain permanent residence and naturalisation under the new rules.

Regardless of the reason for introducing this new amendment, it is now imperative that EEA nationals acquire legal advice before they make an application for permanent residence and naturalisation, to ensure that they apply for and receive the required documentation, so their naturalisation application goes through smoothly.

At OTS Solicitors, we can provide you with clear, concise information and form completion services at a fixed cost where possible. To find out more, please call us on 0207 936 9960 to make an appointment with one of our friendly, highly experienced team.

Another successful week for OTS Solicitors because as well as CEO and senior partner, Teni Shahiean, being acknowledged as a top 25 global immigration solicitor award winner in the UGlobal...
Read more

Not all UK business owners who hold sponsor licences know about the Sponsorship Licences Worker and Temporary Worker Priority Change of Circumstance Service. Sponsorship Licence lawyers say it is useful...
Read more
Read more news
Your choice regarding cookies on this site