The Amazon divorce: a divorce of dignity? 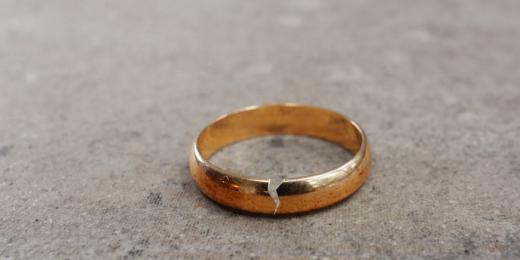 I read with sadness about the breakdown of a 25-year marriage. The news is in all the papers. Headlines state that the richest man in the world is getting divorced. The bottom line is that a family are going through a divorce. It just happens to be headline news because the family are estimated to be worth 137 billion dollars and, depending on the financial settlement; MacKenzie Bezos may end up the richest woman in the world.

On Wednesday, Jeff and MacKenzie Bezos jointly announced that they plan to divorce, saying, “As our family and close friends know, after a long period of loving exploration and trial separation, we have decided to divorce and continue our shared lives as friends.”

The announcement continued by saying that “If we had known we would separate after 25 years, we would do it all again.” The best London divorce solicitors recognised that the statement was probably for the benefit of their four children but it is hoped that they can continue with a divorce with dignity.

It is often thought that divorce cases involving fabulous wealth are the most complex and difficult. Top London divorce solicitors will tell you that is not always the case.

Where you are able to separate without animosity or emotions clouding your judgment and there is more than enough money to share, then a financial settlement is capable of being achieved by agreement. The complexity can then lie in sorting out the valuation, sale or transfer of assets and any tax implications.

Where there is not enough money to go round to fund two houses or to live comfortably in retirement, then those divorces are understandably tricky.

At OTS solicitors, we have a team of caring and committed divorce and family law specialists.

For friendly professional divorce and financial settlement advice, give us a call on 0203 959 9123 and our London divorce and family law solicitors will be happy to help.

Jeff Bezos and his wife, MacKenzie, are set to divorce in America after a 25-year marriage. They met when she was 23 and he was 29 and married six months later. I suspect that neither of them would have foreseen that Jeff, with MacKenzie’s support, would set up the retail giant Amazon or that MacKenzie would become a published and highly regarded author.

Move forward 25 years and the family owns a significant shareholding in Amazon and has a reported wealth of around 137 billion dollars. It is not known whether the couple signed a prenuptial agreement or whether, during the course of their marriage they signed a postnuptial agreement. It is also not known whether the family wealth has been placed in complex asset structures, such as family companies or off shore trusts.

The early indications are that the couple want to divorce with dignity.

In England, top London divorce solicitors say there are various ways that you can reach an amicable financial settlement without having a court battle. They are:

• Solicitor negotiation and roundtable meetings; or

The UK approach to the Amazon divorce

If Jeff and MacKenzie Bezos were getting divorced in London, the starting point to divide their wealth would be an equal split. That is because:

• The majority of the family wealth has been made during the marriage; and

• Both husband and wife played a part in the early success of Amazon and although the wife provided a supporting role, she was a homemaker and carer of the couple’s four children and a published author.

If the couple have a prenuptial or postnuptial agreement in place, this would likely affect the amount of the financial settlement if the English court were making a financial court order.

In England, a court has to address statutory factors when deciding on the level of financial award.

The court does not use a mathematical formula to decide how to divide assets on divorce. The judge has discretion to make orders based on a checklist of factors.

The weight given to each factor depends upon the family’s individual circumstances. The factors are:

• The income, earnings capacity, property and other financial resources, which the husband and wife has or are likely to have or could reasonably be expected to have in the foreseeable future;

• Financial needs, obligations and responsibilities of the husband and wife;

• Standard of living enjoyed by the family;

• The husband and wife’s age and the length of the marriage including any period of pre-marriage cohabitation;

• Any physical or mental disability of either the husband or wife;

• Any contributions made by either the husband or wife to the welfare of the family;

• Conduct of either the husband or wife to the extent that it is relevant to the financial remedy application – the court very rarely considers conduct of relevance;

• The value of any benefit the husband or wife will lose because of the divorce, for example a pension income.

If there are dependent children then, when deciding how to divide assets, the welfare of any children under the age of 18 is the court’s first consideration.

In many family scenarios, some of these factors will be of little or no relevance. In a family with wealth of around 137 billion dollars, income and earnings capacity is irrelevant.

If Jeff Bezos and his wife were getting divorced in England and were not able to reach agreement the focus of their legal argument would likely be whether Jeff Bezos’s contribution to the family wealth was “special”. If so, that might justify a financial award of more than half the family wealth.

When the “high net worth” or the fabulously wealthy get divorced their financial settlement can be as complex and as expensive as the couple and their divorce solicitors want to make it. After all, they can afford to litigate.

We may never know the outcome of the Amazon divorce. If the couple are able to divorce with the dignity of their initial announcement, they may keep things private and have a non-disclosure agreement in place.

When anyone decides to start divorce proceedings and sort out a financial settlement then, whatever their wealth and background, top London divorce solicitors should start by trying to achieve an amicable resolution. Let us hope that the Bezos family achieve that.

How can OTS solicitors help?