The Clash – over the wording of a financial court order 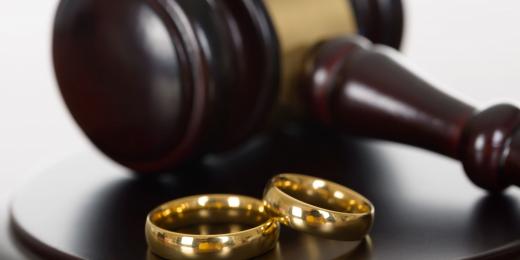 Many divorcing or divorced couples will have read all about the case of the ex-wife who lost her court fight with her rock star ex-husband over whether she could raise five million by selling her shares in a company set up to receive The Clash royalties.

To fans of the 1980’s punk movement, The Clash, was a band that helped define the next generation of music with its album, “London Calling”. Who would have thought when The Clash band released its version of the single “I fought the law” that Paul Simonon would be able to say “the law won”.
The court case between Paul Simonon and his ex-wife, Tricia Ronane, was whether the family court judge had the power to vary the wording of a financial court order made in 2010. Many might assume that whilst the court case might be of interest to ageing punk rockers it is no relevance to their divorce financial settlement and financial court order, as they do not have to worry about receiving royalty payments. However, to top London divorce solicitors the court case is relevant to all divorcing couples who agree to have ongoing financial ties to one another, either through a business or joint ownership of property, because the court case looks at the legal options and consequences when things do not work out as planned.

To the best London divorce solicitors, The Clash case made interesting reading as the judge’s decision about was not based on the rights or wrongs of the former wife's application but an analysis of the wording of the financial court order that the husband and wife obtained at the time of their 2010 financial settlement.
Tricia Ronane made an application to the divorce and family court to vary the terms of the 2010 financial court order because she said the original financial court order left her “chained to a man who won't even speak to her”.
Tricia Ronane was married to The Clash bassist Paul Simonon for eighteen years. The couple separated in 2006 and divorced in 2008. In 2010, the couple reached a financial settlement and agreed to split Mr Simonon’s share of the royalties from The Clash band equally.
The top London divorce solicitors anticipate that some would question why it was agreed that Miss Ronane should receive half of The Clash royalties, as she was not part of the band and these were payments made long after the divorce had been finalised. However, the couple had been married for a long time, had two children together and Miss Ronane had contributed to the family success by managing the band for over twenty years, only ceasing her involvement in 2011.
In order to have a legal vehicle or mechanism to share the royalties, Tricia Ronane and Paul Simonon set up a company, Cut-Throat Productions Limited, into which The Clash royalties were paid. So far, so good.
Roll forward nine years and Miss Ronane had concluded that the agreement to split the royalties through the couple both being shareholders in the Cut-Throat Productions company was not working for her. She blamed her former husband's unwillingness to communicate with her and said that was necessary, not as former spouses, but because they remained tied to one another by being shareholders in the company and reliant on the royalties.
To find a way out of the legal and company ties with her ex-husband Miss Ronane decided that she wanted to sell her fifty percent shareholding in Cut-Throat Productions Limited for five million pounds to an investment fund. Mr Simonon objected, wanting to keep the shareholder he knew and had agreed upon in the 2010 financial settlement, rather than be tied in business with a third party investor.
The high court application centred on whether Miss Ronane should be able to secure a “clean break” from Mr Simonon by being able to sell her shares in the company. An investment fund buyer had offered her five million for the shares. If the shares were sold it, would avoid ongoing communication issues and battles with her ex-husband in his guise as co-owner and shareholder in Cut-Throat Productions Limited.

Under the terms of Miss Ronane and Mr Simonon’s 2010 financial settlement, they each agreed to keep one of their two London properties, and Miss Ronane agreed to pay her ex-husband a lump sum payment of £400,000. The couple also agreed that they would equally split any royalties earned from The Clash by setting up the company, Cut- Throat Productions, as a vehicle to manage the royalty payments.
At the time of the financial settlement, Miss Ronane and Mr Simonon could have agreed to deal with The Clash royalties in a number of different ways including:

• A spousal maintenance order equating to fifty percent of The Clash royalties;

• A cash sum to compensate Miss Ronane for her ex-husband receiving all of the ongoing royalties;

• Investigating whether a percentage of the royalties could be legally assigned to Miss Ronane so that she and her ex-husband had no ongoing financial or company links with one another.

Instead, for better or worse, the couple agreed to enter into a business relationship with one another as fifty percent shareholders. When Miss Ronane wanted to sell her shares in the company, Mr Simonon claimed that the terms of the financial settlement prevented either of them selling their part of the company. He argued that if his ex-wife sold her shares she would be in breach of the financial court order. His ex-wife argued that there was nothing in the 2010 financial court order that specifically said she could not sell her shares in Cut-Throat Productions.
Some of the best London divorce solicitors may recall the lyrics of one of The Clash hit singles, “Should I Stay or Should I Go?”. In this case, the judge has ruled that going or selling the shares is not a legal option for Miss Ronane. The judge said the case was an 'unfortunate dispute' but ruled that Miss Ronane could not sell the shares as to do so would not be consistent and compatible with the terms of the 2010 financial court order.
The top London divorce solicitors advise that the court only has limited powers to vary a financial court order. For example, the court has the power to vary the amount of spousal maintenance or even make an order to terminate the spousal maintenance payments or to vary the timing of the payment of a lump sum by instalments. However, unless a financial court order is successfully appealed, the court does not have the power to change the amount of the lump sum order or to change the terms of an order for the sale or transfer of property.
The best London divorce solicitors are asked if it is ever a good idea to agree to a financial court order that involves an ex-husband and ex-wife remaining shareholders in a company. The advice is normally, “it all depends…”. Sometimes a detailed financial court order can work to regulate an ongoing business relationship between former husband and wife. It depends on not only the ability of the divorcing couple to work together but also the detail in the financial court order. In addition, a shareholders agreement that clearly spells out the rights of each shareholder in relation to the sale or transfer of shares or changes to the dividend declaration policy can regulate disputes without having to resort to family court proceedings. What is clear is that if you are contemplating remaining a business or property partner of a former spouse you need expert legal advice on the wording of the financial court order. The financial court order and any shareholders agreement needs to be “reality checked” to see if it will cover potential changes in either an ex-wife or ex-husband’s views and how to address and resolve disputes over how shared post-divorce assets are managed.

The OTS Solicitors divorce and family law team can be contacted on 0203 959 9123 for a confidential discussion about they can help you.