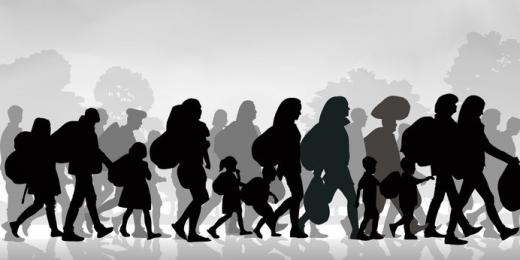 Prime minister, Boris Johnston, has announced a new UK government policy to ‘export’ some asylum seekers to Rwanda. Export is our immigration solicitors description for the plans . The official wording is ‘offshoring’. Our immigration lawyers take a look at the government’s migration partnership with Rwanda and asylum plans.

UK Online and London Based Immigration Lawyers and Asylum Solicitors

What is asylum offshoring?

The UK government has signed a migration partnership with Rwanda to offshore asylum seekers wanting to start a new life in the UK. The plan involves transporting asylum seekers who entered the UK illegally to Rwanda on what is described in the media as ‘a one way ticket’.

Home secretary, Priti Patel has said ‘we have signed a world-leading Migration Partnership with Rwanda which can see those arriving dangerously, illegally or unnecessarily into the UK relocated to have their claims for asylum considered and, if recognised as refugees, to build their lives there. This will help break the people smugglers' business model and prevent loss of life, while ensuring protection for the genuinely vulnerable’.

The rationale behind offshoring

The UK borrowed much of its recent points based immigration system from Australia. The recent announcement of offshoring of asylum seekers also follows the attempts of Australia to offshore asylum seekers. The historians amongst the immigration lawyers at OTS Solicitors question whether the UK will look any further back in Australian history for immigration policy.

The government rationale behind the planned offshoring is that it will deter asylum seekers from entering the UK illegally and placing their lives at risk in small boats and English channel crossings. The government hopes that the profitability of people smuggling will suffer if asylum seekers realise it is likely that risking the English channel will lead to a future in Rwanda, rather than in the UK. Critics of the offshoring scheme say offshoring is illegal and will prove more expensive than processing the growing number of small boat asylum seekers in the UK. What is certain is that there will be numerous legal changes to the offshoring scheme, ranging from challenges over:

Offshoring is officially referred to as a new ‘Migration and Economic Development Partnership’ between Rwanda in East Africa and the UK and is limited to asylum seekers who arrive in the UK by illegal means rather than waiting in the hope of legal entry to seek asylum in the UK. The numbers to be offshored to Rwanda is not limited.

Initial screening of suitable applicants for offshoring will take place in the UK but the asylum seeker’s substantive asylum claim will be determined in Rwanda. If a claim is rejected, the asylum seeker will apparently have the choice of staying in Rwanda or returning to their home country.

Of concern to immigration solicitors is the government announcement that it plans to make changes to domestic UK laws in order to ‘streamline the court process and prevent repeated unmeritorious legal claims’. Asylum lawyers are concerned about not only the selection of asylum seekers for offshoring in Rwanda but also the ability to challenge the decision on human rights or other grounds and the extent of access to immigration legal advice for those sent to Rwanda.

When will offshoring start?

The government has announced that offshoring to Rwanda will start in the coming weeks as they maintain the plans are consistent and compliant with current UK immigration and asylum law (presumably they mean if the Nationality and Borders Bill becomes law as the Bill provides for an asylum seeker to be removed to a ‘safe’ country) and also with international law, including the UN Refugee Convention and European Convention on Human Rights.

Any asylum seeker who entered the UK after the 1 January 2022 can be considered for relocation to Rwanda unless they entered the UK legally as an asylum claimant. The intention is to encourage the legal route to asylum claims and deter those who have travelled through a country that is deemed safe before reaching the UK or those who have a connection to a safe country. Critics of the announcement are already questioning whether the business model of people smugglers will be jeopardised by the offshore policy because many asylum seekers are so desperate to reach the UK that they will accept the new additional risk of offshoring.

Is there any right of return to the UK after offshoring?

The offshoring plans do say that the UK can ask Rwanda to return a ‘relocated’ asylum seeker to the UK on request if the UK is legally obligated to accept the return of the asylum seeker. This suggests the UK government  is anticipating successful challenges to its offshoring policy.

UK Online and London Based Immigration Solicitors and Asylum Lawyers

For advice on UK immigration law and your rights as an asylum seeker call the immigration team at OTS Solicitors on 0203 959 9123 or contact us online.

What Does a Sponsor Management System Level One User do?

Is your business intending to apply for a sponsor licence and debating about the appointment of key personnel to comply with your sponsor licence reporting and recording duties? If so,...
Read more

What Happens to Your Pension When you Divorce?

If you have been paying into a pension for many years you may think your pension is safe from a financial  claim in divorce proceedings as it is in your...
Read more
Read more news
Your choice regarding cookies on this site