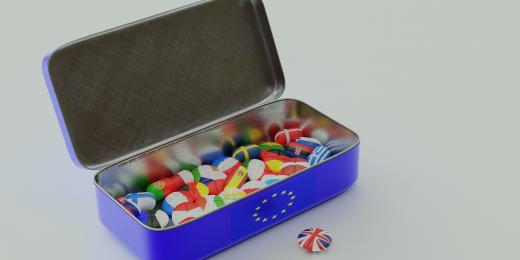 With almost daily Home Office updates on Brexit and Immigration law, even the most experienced London immigration solicitors can feel as if Brexit will never end. That’s perhaps not surprising given its over three years since the Brexit referendum. However, if Immigration solicitors think that Brexit will never be out of the news or off the political agenda, spare a thought for EU nationals living in the UK, not knowing what their best Brexit options are.

• Do nothing – that may seem like the easiest option but it is not the best strategy. In both the short and long term doing nothing won't be in your best interests;

The options may make you think that you will decide what to do on another day but that isn’t necessarily in your best interests. In this blog we look at your best Brexit strategy and options.

Pre-settled status and Settled Status under the EU Settlement Scheme

In essence, if you have been in the UK for five years and have been exercising treaty rights (and can prove it) then you are likely to get Settled Status under the EU Settlement Scheme. If you haven’t been living in the UK as an EU citizen for the last five years then you can apply for pre-settled status and convert to Settled Status once you have established five years residence in the UK.
The main advantage of applying for pre-settled status or Settled Status under the EU Settlement Scheme is that after freedom of movement for EU citizens in the UK has ended you won't be subject to the same Immigration controls that will be placed on EU citizens who come to live and work in the UK after Brexit.
The government has stated that after Brexit and the end of free movement for EU citizens, the UK Immigration policy and Immigration Rules will be the same for EU citizens and non-EEA nationals. That means EU citizens who want to live and work in the UK will be subject to the same stringent Immigration controls that non-EEA nationals experience, such as the need to apply for:

• Visit visas to come to the UK to see friends and family or for tourism;

• Work visas (Tier 2 (General) visa) to take up Employment in the UK;

• Student Visas to study at UK colleges or universities;

• Family visas to join spouses or partners in the UK.

Whether you decide that the best option for you is to apply for Settled Status under the EU Settlement Scheme, permanent residence or Indefinite Leave to Remain, each of these applications will provide you with formal evidence of your status as an EU citizen living and working in the UK and having pre-Brexit rights.
If you have been settled in the UK for a long time then it can be galling to think that evidence of your status is required. However, Immigration solicitors say that securing evidence of your EU status will make life easier for you after the end of freedom of movement.

The best Brexit option for you

With all the publicity about the EU Settlement Scheme and some of the scare stories in the press about:

• The difficulties encountered by people in applying for Settled Status;

• The delays in getting decisions from the Home Office on Settled Status applications;

It is easy to forget that you have alternative Brexit options, such as permanent residence or Indefinite Leave to Remain.

How can OTS Solicitors help get you Brexit ready?