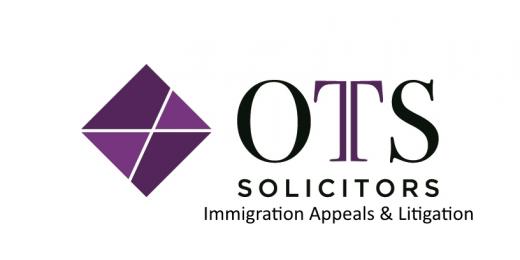 The client, a Chinese national entered the UK on a student visa. Prior to instructing OTS Solicitors, and following her graduation, she attempted to establish a business in the UK and remain in the country as a Tier 1 (entrepreneur) migrant. However, this application failed due to insufficient evidence of being a genuine entrepreneur.

Refusal on the Basis of TOEIC Centre

After the failure of Tier 1 entrepreneur application, she secured a job offer and was offered a sponsorship for that position. As at that time she was still on her Tier 4 visa, with the assistant of an oisc Immigration agent she applied in country to switch to Tier 2. The application was initially refused due to a claimed deception, as the client had omitted to disclose the Tier 1 refusal. After a new application in the same category, where the client provided explanation in regards to the omitted information, another refusal was issued, on the basis that when she was applying to extend her student visa, she had used a TOEIC centre that was later on found to have participated in fraudulent scheme that allowed some applicants to use deception to pass the test. On this basis, the Home Office found that our client had obtained her previous leave using deception and therefore her application was refused.

The client, of course, vehemently denied any wrongdoing. She instructed a solicitor before coming to OTS to challenge this refusal. As the application had been submitted in 2015, prior to the changes to the right of appeal, the decision carried an in country right of appeal. An appeal was lodged and the client approached OTS solicitors after receiving a hearing date, as she wished to desist instructing her previous solicitors.

Our firm's Appeals and Litigation team appraised the case and the available material and advised the client on the merits of her appeal. They further made a decision that the grounds of appeal needed to be amended to strengthen the case. Having carefully analysed the client’s case, it was decided by our specialist lawyers that the best venue for a successful appeal was to challenge the Home Office refusal decision on two grounds. On the one had the fact that the Home Office had not discharged from the duty to prove that the client had committed a fraud and had sat a TOEIC examination through a proxy or otherwise implemented illegal tactics to pass the examination. The Home Office was relying on a general expert report without any direct evidence implicating our client into such a fraudulent activity. This ground was fully argued to clear our client’s name who had been unfairly accused of dishonesty and deception.

The second ground that was put forward, was in relation to the client’s private and family life. The client was in a relationship with a British Citizen for over two years. This line of argument had been completely left out from the appeal and therefore necessitated the grounds to be amended.

Preparation for the Appeal Hearing

Following these initial stages, our team started working on the preparation for the hearing, in conjunction with the counsel. Detailed statement was taken from the appellant and several other attendees of the same examination. This was aimed at showing that the client was familiar with the set-up of the examination centre and the process was of the assessment itself, aiding to the argument that the Client had, in fact, taken part in the assessment. Further to this, evidence of the knowledge of English prior to the assessment was provided, showing that e client had no probable cause for cheating.

Apart from the aspects dealing with the allegations of deception, our appeals team worked hard to produce evidence of the client's private and family life and to evidence why returning back to her country of origin to continue their family life there was not an option.

This appeal was allowed on both grounds, under the Immigration rules and the Human Rights.