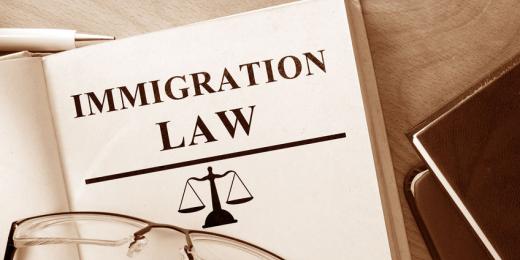 By Teni Shahiean, of OTS Solicitors

Teni Shahiean is a founding partner at OTS Solicitors. She has a wealth of experience in business immigration law, commercial law and employment law and regularly advises businesses on Sponsor Licence acquisition and compliance. Teni is also regularly called on to provide expert opinion on television and print media, both in the UK and internationally.

Under UK law, everyone, irrespective of the evidence against them, is entitled to a defence. This principle is especially applicable in cases involving Asylum, whereby a person’s Human Rights may be violated if they are returned to their country of origin.

Asylum seekers need not be destitute, despite being portrayed as such by the media. Countries that do not have a strong Human Rights track record, including some in the Middle East, South East Asia and Africa, do not necessarily distinguish between wealth and rank. If a person faces criminal prosecution in certain countries, their access to justice can be severely limited and incarceration inhumane.

OTS Solicitors is a Legal 500 recommended law firm and has won numerous other awards for our Immigration service (including a Global Excellence Award for the Most Trusted in Immigration Law). My team and I regularly advise high-net-worth clients who have entered Britain on a Tier 1 Entrepreneur Visa or a Tier 1 Investor Visa, who are facing charges in their home country, claim Asylum.

Both Tier 1 Entrepreneur Visas and Tier 1 Investor Visas tend to be acquired by people of reasonable or considerable net worth, due to the investment funds required to qualify for this type of entry visa.

To qualify for a Tier 1 Entrepreneur Visa, the applicant must have:

You will also need to pass an English language requirement, have additional funds to support yourself during your time in the UK, score at least 95 points and be 16 years or older.

You can choose to launch a new venture in the UK or invest in an existing company. However, if you are doing the latter, you must be a director of that company and be fully involved in the management and running of the organisation.

Finally, you will need to pass the “Genuine entrepreneur Test” which will require you to submit a business plan which will be inspected by Immigration officials and perhaps attend a Home Office interview.

The Tier 1 Investor Visa is designed for high-net-worth individuals who wish to settle in Britain and can invest considerable sums of money in the UK economy.

To be eligible for a Tier 1 Investor Visa, you will need to show:

Unlike most other visas, there are no English language requirement to be met.

Both the entrepreneur and Investor Visa route provide for accelerated settlement provided certain conditions are met.

If you wish to stay in the UK as a refugee, you must claim Asylum. You can be granted Asylum if you have left your country of origin and you fear to return because of persecution.

Generally, Asylum-seekers should claim Asylum as soon as they arrive in the UK as their chances of being declined increase the longer they delay their application.

The risk of persecution you face if returned to your home country must be because of:

To be granted Asylum, you must have been unable to gain protection from authorities in your own country.

To be granted Asylum, you will need to attend an Asylum interview. Here you will be asked questions about how you were persecuted in your home country and why you are afraid to return. You should also bring your birth certificate, passport, and medical records if you have them (although it is acknowledged that many people fleeing a country will not have these documents with them).

You are entitled to have an Immigration solicitor with you at the Asylum interview to provide you with the best advice. OTS Solicitors is highly experienced in attending Asylum interviews and supporting clients through them.

Dr Lusine Navasardyan and I recently assisted a client who had entered the UK on a Tier 1 Investor Visa. The client’s business became involved in allegations of corruption and the client’s home country issued an arrest warrant. Our client was also put on INTERPOL’s wanted list.

Our client sought Asylum in the UK but was refused on the grounds that it was prosecution rather than persecution they were facing in their home country.

The client approached OTS for their appeal, and we represented them throughout. Our central argument was that irrespective of whether the client was indeed guilty of the charges brought against them and whether the allegations of corruption against the police in their home country, raised by the client, were true, they faced immediate danger of arrest upon return to their nation of origin. Prison conditions were known to be inhumane, and our client would have had poor quality access to justice.

The appeal was granted on this basis.

To find out how we can help you successfully apply for a Tier 1 Entrepreneur Visa or Tier 1 Investor Visa or claim Asylum, please call us on 0203 959 9123.

OTS Solicitors is one of the most respected Immigration law firms in London and is Legal 500 leading firm. By making an appointment with one of our Immigration solicitors, you can be assured of receiving some of the best legal advice available in the UK today.