Age discrimination in the workplace: the 88 year old secretary 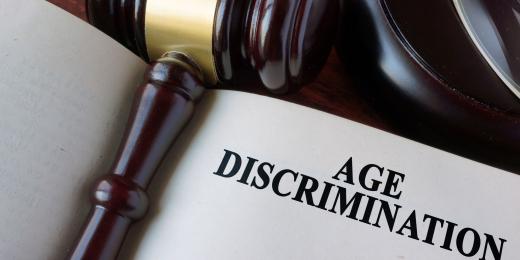 In the news this week is the 88 year old secretary who was employed by a National Health Service trust until she was sacked. The employee asserts that her dismissal was down to age discrimination whereas her employer maintains that she was sacked on the grounds of culpability for the failure to add the names of patients to a database of those awaiting reconstruction surgery.

What is not in dispute is the fact that 88 year old Mrs Eileen Jolly is the oldest person to bring an employment law claim for age discrimination and secondly her employer accepts that Mrs Jolly was unfairly dismissed. That is because she was not given the opportunity to appeal against the decision to terminate her Employment. However, her employer maintains that Mrs Jolly’s sacking had nothing to do with her age.

Top London employment law solicitors will have to wait for the outcome of the employment law tribunal hearing as the tribunal panel has deferred their judgement on the case. The reported facts of the case do however emphasise the need for all employers and their human resources departments to comply with their own procedures, consider their record keeping and keep abreast of developments in employment law.

What is age discrimination?

Age discrimination can take place either as a result of an individual’s age or because an individual belongs to an “age group”, such as “the over 50s”.

There are also other types of age discrimination, such as discriminating against someone by association (for example refusal to allow the whole family to carry out an activity as one member is over 50) or discrimination by perception (refusal to allow a 30 year old to enter a club as she is perceived to look in her 50s and therefore not their type of customer).

Age discrimination and the workplace

Age discrimination in the workplace is unlawful unless it can be justified. The legislation is designed to protect:

• Partners in a firm.

Age discrimination law is designed to prevent someone from being discriminated against, either directly or indirectly, on the grounds of age in relation to:

Is age discrimination ever justified in the workplace?

For example, the best London employment law solicitors may say that it is not justifiable to exclude candidates over 50 years of age from applying for a job as a hairdresser but the same exclusion of candidates over 50 might be entirely justifiable if a film director or production company is looking to employ an actress to play a character aged 19 in a film.

An employee can ask to work beyond their normal retirement age. An employer can only retire the employee if there is an objective justification to require retirement. The fact that an employee has reached a certain age is not grounds in itself to force the employee to retire.

The case of Mrs Jolly

At age 88 Mrs Jolly is reported to have told the Employment Tribunal that it was her plan to work for as long as she could, and at least until she was 90. Her National Health Service trust employer dismissed her on the basis of their finding that she had not used their computer system properly by failing to add patient details to a database of patients awaiting surgery and failed to understand her role.

Mrs Jolly blames the>Employment Tribunal case do not say if it is alleged on Mrs Jolly’s behalf that she received less training than other colleagues and that age discrimination took place as she was not given the same training opportunities as a result of her age.

What preliminary lessons can be learnt by top employment law solicitors and employers from Mrs Jolly’s decision to bring an Employment Tribunal claim on the grounds of age discrimination at the age of 88?

The employment law team at OTS Solicitors would suggest that the preliminary lessons are:

• It is vital that procedures are followed to avoid potential Employment Tribunal claims. In Mrs Jolly’s case, her employer rightly conceded that she had been unfairly dismissed as she was not given the opportunity to appeal against her dismissal. Had the correct internal procedure been followed, whatever the outcome of the appeal, the employer might not have found themselves at an Employment Tribunal; and

• The importance of report writing; in Mrs Jolly’s case it is said that she is rather upset by a quote by a work colleague contained in an internal report that said “it was always a concern that you could walk in and find Eileen dead on the floor”. The quote does not refer to Mrs Jolly’s age but Mrs Jolly might perceive the comment to be age related; and

• The importance of record keeping; Mrs Jolly says that she was not offered adequate database training. Were records kept of training sessions and attendees? and

• The importance of robust appraisal systems; the media reports do not say if Mrs Jolly underwent formal appraisals by her line manager or members of the human resources team during the period when the entries were not made on the database but regular appraisals can help identify training needs; and

• The adverse publicity that can be generated from the reporting alone of an Employment Tribunal claim, whatever the outcome for the employer. The publicity can affect staff morale as well as public perceptions of the employer.

OTS Solicitors specialise in employment law, human resources support and training and the representation of employers and employees at Employment tribunals.

For more information or for advice on employment law relating to age discrimination, unfair dismissal and Employment Tribunal representation or on any other aspect of employment law please call us on 0203 959 9123 to arrange an appointment to speak to one of our experienced London employment solicitors.