Does a convention adoption order give British citizenship? 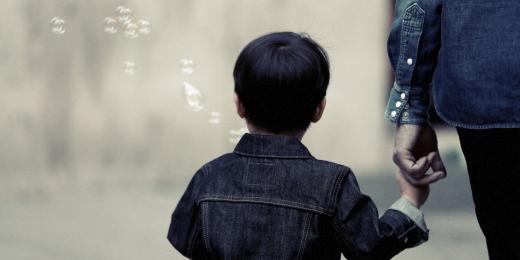 Most people assume that if you adopt a child from overseas that the child will automatically acquire the citizenship of his or her adoptive parents. The position is a lot more complicated than that. That is why those parents who chose to adopt a child from overseas are encouraged to take both expert Immigration law legal advice from top London immigration solicitors as well as specialist adoption law advice from the best London children law solicitors.

When it comes to overseas adoption, Immigration, and citizenship law, the position is confusing for adoptive parents. The top London immigration solicitors say that is because an adopted child can:

• Have automatic British Citizenship by virtue of the adoption order; or

• Acquire British Citizenship by the Home Office using its discretion to register the child as a British citizen after an application is made; or

The top London immigration solicitors say that some children who are adopted will automatically have British Citizenship under sections 1(5) and 1(5A) of the British nationality Act 1981.
The 1981 Act says that where:

• any court in the UK or, on or after the appointed day, any court in a qualifying territory makes an order authorising the adoption of a minor child who is not a British citizen; or

That the minor child shall, if the requirements of subsection (5A) are met, be a British citizen from the date on which the adoption order is made or the convention adoption is effected.

The requirements under section 5(b) of the Act are:

• That on the date on which the adoption order is made or the convention adoption is effected the adopter or, in the case of a joint adoption, one of the adopters is a British citizen; and

What is a convention adoption order?

• Whether the adoption order was made or effected in a country or territory where the Hague Convention is in force; and

• The Hague Convention was in force in that country or territory at the time that the adoption order was made or effected;

• The adoption was effected under the law of that country or territory; and

• The adoption was certified under Article 23(1) of the Hague Convention.

What does certification under Article 23(1) of The Hague Convention mean?

The top London immigration solicitors recognise that talk of certification and conventions is confusing to adoptive parents who just want to know if their adopted child is a British citizen.
Article 23(1) says that if the competent authority of the country where the adoption order was made certified an adoption as having been made in accordance with The Hague Convention then the adoption order shall be recognised by operation of law in the other Hague Convention contracting States.
What that means for adoptive parents is that if an Article 23 Hague Convention adoption certificate has been obtained for an overseas-adopted child, then the adoption will be classed as a convention adoption.

• Both of the adoptive parents (if a joint adoption application) were habitually resident in the UK or a British Overseas Territory on the date of the adoption.

If the requirements are met, then the top London immigration solicitors say that a British passport application for the adopted child should be made and should be submitted with:

• The adoption order by the overseas court;

• Documentary evidence of the adoptive parents’ habitual residence in the UK.

Tips for parents thinking of adopting from overseas

If you are thinking of adopting a child from overseas, then you should get as much advice as you can do before you start the adoption process, including legal advice. That is because the legal process of adopting a child and the child acquiring British Citizenship is not always straightforward. The top London immigration solicitors think that it is best that adoptive parents know the steps that they will have to take so that they can make informed choices over, for example, the country that they adopt a child from.
The top London immigration solicitors realise that you may not have much choice over the country that you chose to adopt from because of a preference to adopt a child who comes from the same country of origin as you and with whom you will be able to share a cultural identity and heritage. However, if you do not have a strong preference for the country of origin of the overseas adopted child the best London immigration solicitors say that the legal process and the securing of British Citizenship is easier if you adopt from a country where convention adoption orders are made.
Whatever your child’s route to adoption and the acquisition of British Citizenship you need expert help and advice to guide you through the legal process.

Please call us on 0203 959 9123 to arrange an appointment to speak to one of our experienced London immigration solicitors and expert adoption solicitors.