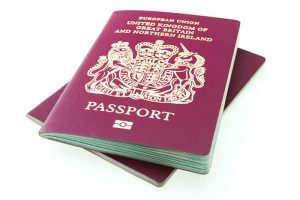 Immigration solicitors are pleased to report on a new court of appeal case about gaps in lawful residence when applying for indefinite leave to remain based on ten years long residence. The Akter case really demonstrates the importance of perseverance as well as getting the best expert indefinite leave to remain advice so all the legal arguments and appeal avenuescan be explored on your behalf.

If you need help with an indefinite leave to remain application or an appeal call OTS Solicitors on 0203 959 9123 or contact us online for expert immigration law advice. Appointments are available by phone or video call.

The court of appeal case of Ms Akter

The case of Akter v Secretary of State for the Home Department [2021] EWCA Civ 704 has been of a lot of interest to immigration solicitors as it highlights just how complex individual immigration histories can be and how it is best to very carefully examine every aspect of an indefinite leave to remain application based on ten years long residence.

Ms Akter’s appeal on human rights grounds succeeded and all was well as from Ms Akter’s perspective she had secured leave to remain and was therefore lawfully resident in the UK. Accordingly, the next logical step for Ms Akter to take after ten years residence was to make an application for indefinite leave to remain with a view to settling in the UK.

Ms Akter’s application for indefinite leave to remain was submitted to the Home Office and, to her surprise, Ms Akter was told that she did not meet the lawful residence requirement for a successful indefinite leave to remain application. The question ‘why?’ was asked and the Home Office responded by saying that Ms Akter was not lawfully resident in the UK for roughly a two-year period between 2014 to 2016.

Confused? If you are then it isn’t surprising. The Home Office asserted that the original refusal of leave had not been successfully appealed (only the second refusal) so Ms Akter was not lawfully resident in the UK after she exhausted her first appeal processuntil she successfully obtained leave to remain on human rights grounds. The result of the Home Office stance was that Ms Akter did not meet the ten-year lawful residence test for indefinite leave to remain as there had been a two-year period when her immigration status was not lawful.

The court of appeal pondered on the two refusal letters sent by the Home Office and whether the second refusal letter was giving Ms Akter permission to pursue an appeal against the first or second refusal. The court of appeal concluded that second decision letter which generated a right of appeal might have continued Ms Akter’s lawful residence when she pursued that opportunity to appeal, despite the original decision letter not giving her a right of appeal. The court said there was a case to say that the second refusal letter was reconsidering the original immigration application. If that approach is correct then it can be argued there was no period of unlawful residence during the relevant ten-year period as the application had been pending and subject to review and appeal.

Just to stress, Ms Akter may have won the court of appeal case but she has not secured indefinite leave to remain – yet. Her application will go back to the upper tribunal for further consideration of additional documents produced by Ms Akter.

What does Ms Akter’s case tell us ? First and foremost, that it is important to retain communications from the Home Office in situations where you have a complex immigration history and know that you will , at some point, be applying for indefinite leave to remain status based on the ten year long but lawful residence route.

If you need help with an indefinite leave to remain application or an appeal call OTS Solicitors on 0203 959 9123 or contact us online for expert immigration law advice. Appointments are available by phone or video call.