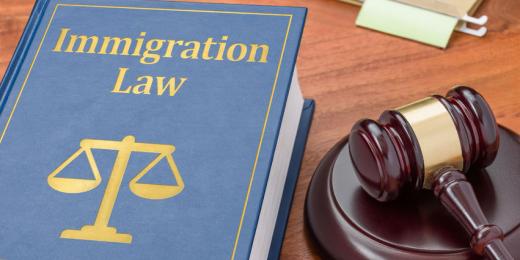 As specialist Immigration lawyers and UK employment lawyers, we are often asked about right to work checks and related matters, including the consequences of an employee not having the right to work and unfair dismissal. This case, in which an employer dismissed the employee and did not allow him an appeal, because it reasonably, but mistakenly, decided that the employee did not have the right to work in the UK, will be of interest to anyone involved in carrying out right to work checks, and to employees worried about what could happen. The case is also a reminder for Immigration solicitors in London of how useful it can be for an EU citizen or family member in the UK for 5 years to obtain their permanent residence.

Carrying out a right to work check

Carrying out a right to work check is a simple 3 step process which involves obtaining original documents – if necessary those provided by the Home Office confirming the right to work, checking that the documents are valid – the employee must be present at this stage, and finally making and keeping (securely) a copy of the document provided, along with a record of the date the check was made.

The employer in this case was familiar with the Immigration rules and the need to carry out right to work checks on all employees, and wrote to Mr Afzal twice, reminding him that he needed to make an ‘in-time’ application for his right to work to continue, and asked him to send the evidence of this by 11th August. Mr Afzal did make his application, but very late in the day, and when he sent an email to the employer with attachments to show that the application had been made in time, the attachments did not open. As a result, the employer had no evidence of Mr Afzal’s right to work in the UK by close of business on 12th August, and so posted out a letter of dismissal that day. Mr Afzal was not given a right of appeal.

Employment Tribunal finds ‘nothing to appeal against’

The Employment Tribunal judge thought that it was reasonable for the employer to have believed that the employee had not submitted his application on time, and so to dismiss him because the Employment was ‘prohibited by statute’. He did not agree that offering an appeal would have been inconsistent with the requirements of the Immigration Asylum and Nationality Act 2006, but did agree that ‘there was nothing to appeal against’, saying

“…the test which the employer had to apply is whether before the date of the expiry of the permission it had reasonable grounds for believing that the Claimant had made a valid application for an extension. So, once the date had passed, there was no basis for the employer to, as it were, back calculate or back-fill a belief it did not have on 12 August. In those circumstances, while not ideal, I cannot say looking at it as a whole that it was unfair to fail to offer a right of appeal in the dismissal letter.”

The Employment Appeal Tribunal disagreed with the Employment Tribunal judge’s conclusions, noting that the provision of an appeal is ‘virtually universal’. The fairness of a dismissal has to be judged against the whole process, including an appeal. In this case the employer had fairly dismissed on 12th August, but the fact that no appeal was offered rendered the totality of the decision unfair. Has an appeal been offered, Mr Afzal would have been able to provide the evidence he needed to show that he had always had the right to work in the UK and the employer could have then reinstated him. There would have been no breach of the Immigration rules.

In addition to the decision in Mr Afzal’s favour, the Employment Appeal Tribunal also had some more general words of advice for employers in these circumstances:

“In my judgment, it is good Employment relations practice for an employer in circumstances of this kind to offer an appeal. Experience shows that it is an anxious time both for employer and employee when a limited leave to remain or work expires and a further application has to be made. Difficult technical questions may arise; relevant documents may be difficult to find; and I might add that experience shows that the Employee Checking Service is not always fully informed or up to date. Affording an appeal gives an opportunity for matters of this kind to be considered again rather more calmly than can be done as the time limit expires. There will be cases, and in my experience they are not particularly uncommon, where an employer wrongly believes that an employee does not have a continuing right to work. The appeal process affords an opportunity for this kind of case, which can result in real feelings of injustice, to be looked at again.”

The benefit of permanent residence

As we at OTS Solicitors have pointed out before, although the rights of EU citizens and family members in the UK flow automatically from the EU Treaties, it is often a good step to obtain evidence of permanent residence from the UK Government. This makes it far harder for an employer to make errors such as this around right to work. Obtaining permanent residence also helps in other situations such as housing and social security benefits. Even with the pending introduction of settled status for EU citizens and their families, we still encourage those EU nationals who have been in the UK for 5 years or longer to obtain permanent residence.