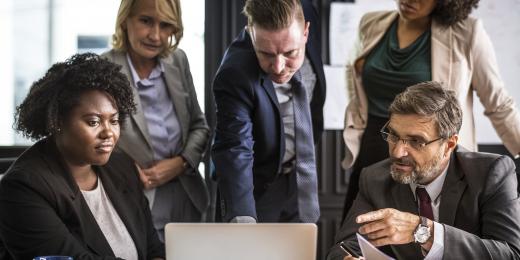 Immigration solicitors know that key personnel tasked with the management of a sponsor licence for a UK business take their responsibilities seriously. That isn’t just because their job depends on it but because the financial success of the company may rest on the ability of the business to recruit overseas workers. In addition, the ambitions of the sponsored workers to live and work in the UK, and ultimately secure British citizenship, also rest on the work of sponsor licence key personnel.

For sponsor licence and management advice call the expert London immigration lawyers at OTS Solicitors on 0203 959 9123 or contact us online.

Anyone who tells you that HR is easy probably hasn’t worked in HR for any period of time or managed a Home Office issued sponsor licence to sponsor skilled worker visa holders. When you aren’t recruiting, allocating certificates of sponsorship, conducting right to work checks, you are immersed in grievance and complaint handling. Throw in a few appraisals and staff consultations and that is your average day.

When staff call in sick that is an ‘added extra’ headache for HR staff. If the sick employee is a sponsored employee, working  on a skilled worker visa, there are additional considerations because of the sponsor licence reporting and recording duties. Sponsorship Licence lawyers say it is best to have rigorous procedures for sick leave reporting, such as a call to HR staff, rather than reporting absence to an individual line manager or department head, who may not immediately action a sick leave referral to HR or understand the significance of the member of staff being a sponsored worker.

A sponsor licence holder has a duty to keep employee records as well as to report certain matters on the Home Office sponsor management system (SMS).

When it comes to sponsored employees, there is a sponsor licence requirement to monitor attendance at work and absence through sick or holiday leave. That is why Sponsorship Licence lawyers, who conduct mock audits in advance of sponsor licence applications , recommend a central sickness reporting line for all employees, rather than department based reporting, and a HR system that flags sickness absence by a skilled worker visa holder.

To the employee, there should be no difference in treatment of the settled or sponsored employee, but the reporting system needs to be devised so HR staff can quickly identify if the member of staff calling in sick is a sponsored employee and if their sick leave has reached the threshold to report it to the Home Office on SMS.

Key personnel need to report a sponsored worker’s sick leave to the Home Office on SMS in circumstances where:

The immigration rules and deadlines mean it is best to have a coordinated approach between departments toward sick leave absences or a centralised system to avoid delay in absences being reported to HR staff. It is also crucial that all workers understand, as part of their induction process, the importance of complying with sick leave and absence polies and the requirements that an employer is duty bound to follow if a worker is in the UK on a skilled worker visa.

Sponsored workers have employment rights and it is important to juggle those with the responsibilities of an employer to the Home Office and their sponsor licence reporting and recording duties. An employer can be put in a tricky position where the skilled worker visa holder is asking for reasonable adjustments because of a disability arising from an accident or through long term health complications. The worker may argue that with reasonable adjustments they can return to their sponsored employment but as an employer you may believe they are not physically able to do so without placing other workers at risk.

Whilst it is understandable that the sponsored worker does not want to put their certificate of sponsorship at risk by taking on a different role in the company that does not fit a standardised occupation code for the skilled worker visa or doesn’t meet the minimum salary threshold, the employer also has responsibilities to the Home Office, their other employees and customers. That’s why its best to get legal advice from Sponsorship Licence lawyers who can answer all your questions on sick leave and sponsored workers from both an immigration and employment law angle.

For sponsor licence and management advice call the immigration lawyers at OTS Solicitors on 0203 959 9123 or contact us online.

How to Divorce if you Have Children

There was once a widely held belief that marriage was for life and that couples should stay together ‘for their children’. We have moved away from that view but when...
Read more

If you need a sponsor licence to recruit overseas workers, the likelihood is that you need your sponsor licence fast. That way you can recruit staff quickly and get their...
Read more
Read more news
Your choice regarding cookies on this site