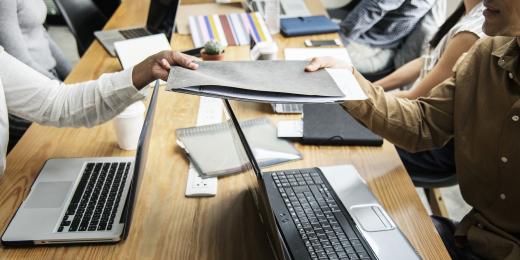 TUPE – the Transfer of Undertaking (Protection of Employment) Regulations – the nemesis of many UK employment lawyers and HR practitioners – makes it clear that in the case where the regulations apply, and an employee is transferred to a new employer, there should be no changes to the contract in connection with the transfer. Such changes will be void. What is the position where the employer has another reason for changing a term of the contract? This was the question for the Employment Tribunal, and subsequently the Employment Appeal Tribunal in the case of Tabberer & Others vs Mears Ltd & Others. In a decision that will be of interest to Employment claim solicitors, the EAT has given some guidance about how to approach the question of whether the contract change was connected with the transfer or not.

An outline of TUPE

Perhaps one of the most complex areas of employment law, as the best employment lawyers in London will agree, the TUPE regulations are designed to protect workers when the business they work in transfers to a new employer. Originally designed to operate in the context of business sales, the TUPE regulations also apply in outsourcing situations, commonly where organisations split off ‘non-core’ activities and contract with another organisation to provide those services. employees who transfer do so with their existing terms and conditions of Employment intact. Included in the protections that TUPE offers is the provision that any change of contract made ‘in connection with the transfer’ is void.

The facts in Tabberer & Others

The case was brought by a number of electricians who had originally worked for Birmingham City Council, employed directly by the Council. Following a number of TUPE transfers, the group of electricians ended up with effect from April 2008, working for Mears Ltd, a company whose core business was the repair and maintenance of social housing. The electricians were all employed to work on a contract between Mears Ltd and Birmingham City Council. Since 1958, the contracts of Employment of electricians employed by the Council had included ETTA – an Electrician’s Travel Time Allowance – which compensated electricians who might lose out on a productivity bonus because they were required to travel to different depots during the course of their work. The working practices had changed significantly since 1958 to the extent that where there had been 30-40 depots there was no only one, and electricians had jobs allocated via handheld computers. However, ETTA was still payable by the Council on the submission of a form, although there seemed to be confusion about the rate of pay that was applicable to the allowance. The Employment Tribunal found that in at least 2 of cases, the ETTA had not been claimed for some years.

On the transfer to Mears Ltd, the employer announced that the changed working practices meant that it would no longer pay ETTA. This was the subject of a successful claim for unauthorised deductions from wages, upheld by the EAT. Although Mears Ltd was unsuccessful in defending that claim, it took heart from comments by the Employment Tribunal and Employment Appeal Tribunal that the ETTA scheme was outdated, and even "…prehistoric with no resemblance to modern times", and in 2012 wrote to the electricians to advise them that the ETTA scheme would cease on 1 September 2012, and would no longer form part of any of the electricians’ contract of Employment.

The Employment Tribunal found that the employer had not changed the contract, and ceased ETTA ‘in connection with’ the TUPE transfer in 2008, but because the allowance was outdated and an unjustified payment. The electricians appealed this finding to the Employment Appeal Tribunal, arguing that in fact there were 2 reasons for the contract change – the adverse findings of the Employment Tribunal in the unlawful deduction of wages claim, and secondly, the Respondent’s belief that the allowance was outdated. The employer argued that it was perverse to find that either reason was not connected with the transfer.

The Employment Appeal Tribunal found that the Employment Tribunal had identified the unauthorised deduction of wages claim as providing the context of the subsequent contractual change but was not the reason for it. It was open to the Employment Tribunal to find that the employer had wanted to remove ETTA because it was outdated. The previous tribunal case (the unauthorised deduction of wages claim) had essentially forced the employer’s hand by determining that there was an ongoing contractual entitlement to this now inappropriate allowance, albeit an entitlement that had to be claimed to be effective. As a result, there was no connection to the transfer.

The Employment Appeal Tribunal noted that it was not a ‘but for’ test that applied here but a question of what caused the employer to act as he did – what was the reason.

For advice on any aspect of the TUPE Regulations, call us at OTS Solicitors, where one of our London employment solicitors will be pleased to discuss your situation and offer practical advice to support you. Call in confidence on 0203 959 9123 today.

Another successful week for OTS Solicitors because as well as CEO and senior partner, Teni Shahiean, being acknowledged as a top 25 global immigration solicitor award winner in the UGlobal...
Read more

Not all UK business owners who hold sponsor licences know about the Sponsorship Licences Worker and Temporary Worker Priority Change of Circumstance Service. Sponsorship Licence lawyers say it is useful...
Read more
Read more news
Your choice regarding cookies on this site