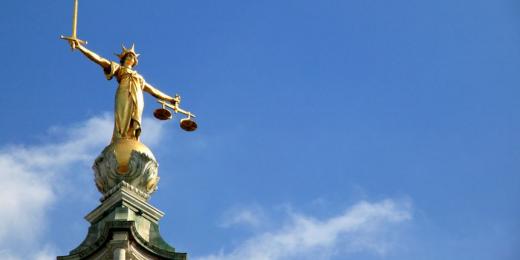 Not that long ago we reported on the high court case of R (Joint Council for the Welfare of Immigrants) v Secretary of State for the Home Department [2019] EWHC 452 (Admin) that held that the right to rent checks carried out by landlords at the government’s instigation are discriminatory. The high court ruling was welcomed by Immigration solicitors, landlord and tenant lawyers and landlords as right to rent checks are unpopular with both tenants and landlords. The court of appeal has now reversed the high court ruling. However, the Joint Council for the Welfare of Immigrants has said that it will appeal against the court of appeal ruling. In this blog we look at the court of appeal case and where it leaves landlord and tenants.

The right to rent court proceedings

The right to rent scheme

Some people think that we have bigger things to worry about at the present time than the right to rent checks and the fairness of the scheme. However, Covid-19 and the global pandemic have shown just how vulnerable some tenants are and also the financial pressures landlords are under when they have mortgages to pay and tenants who are struggling to pay rents. In these challenging times it should not come as too much of a surprise that landlords don’t want to wait to check the right to rent of those who can't immediately provide a British passport as evidence of their right to rent and Immigration status.

landlords have complained about the scheme saying that the right to rent policy requires them to act as an agent of the Home Office and conduct Immigration checks on all potential adult tenants. However, unlike Home Office officials, if a landlord forgets to carry out the right to rent check or fails to record the check or complete it in accordance with the right to rent regulations, they can face a fine and, in extreme cases, up to five years in prison.

The high court decided in the widely reported case of R (Joint Council for the Welfare of Immigrants) v Secretary of State for the Home Department [2019] EWHC 452 (Admin) that requiring landlords to check the Immigration status of prospective tenants and tenants was unlawful and racially discriminatory. That is because the scheme unintentionally encouraged landlords to accept prospective tenants who could easily fulfil the requirement to produce evidence of the right to rent (for example, British citizens with UK passports) and to refuse to rent to and to discriminate against foreign nationals who had legal Immigration status in the UK and therefore a legal right to rent. The high court also said that the right to rent scheme was discriminatory against BAME British citizens.

The high court ruled that the right to rent policy:

The Home Office appealed against the high court ruling on the right to rent check policy on the basis that the scheme was justified and that the end justified the means as by carrying out right to rent checks in accordance with the legislation landlords prevented illegal immigrants and over stayers from renting private accommodation.

The court of appeal concluded that while some landlords did discriminate against prospective tenants without British passports, the right to rent scheme was none the less justified as a proportionate means of achieving its legitimate objective of Immigration control.

The leading judge in the court of appeal case said:

The third judge was firmly of the view that there is no evidence that discrimination is created by the right to rent policy.

To human rights lawyers the court judgement is difficult reading as whilst two of the three court of appeal judges acknowledged that some landlords discriminate against prospective tenants who don’t hold a British passport (due to the administrative convenience of accepting a tenant who is a British citizen with passport and who has a straightforward way to produce evidence of their right to rent) the court went onto say that most landlords don’t discriminate by picking and choosing tenants who will obviously pass the right to rent checks and easily be able to produce the right paperwork.

The Joint Council for the Welfare of Immigrants (JCWI) opposed the Home Office appeal and argued that the Home Office was responsible for the discriminatory effects of its actions, whether intended or not as a consequence of the right to rent checks. The JCWI is appealing the court of appeal decision to the supreme court. Landlord and tenant solicitors as well as Immigration lawyers welcome the decision of JCWI to appeal the court of appeal ruling because:

From the perspective of the JCWI any amount of racial discrimination is unacceptable and the fact that the court of appeal thought the discrimination was a collateral or unintended consequence of the hostile environment right to rent policy does not make it or the policy right.

Top London immigration solicitors say pending the outcome of the appeal to the supreme court the best option is for both landlord and tenants to fully comply with the right to rent checks and procedures.